In 2006, Founder & Owner Scott Donovan, detoured from the traditional “fruits” that could be borne out of an MBA from Syracuse University, and purchased a sprawling orchard on the shores of Lake Ontario.


“I was challenged early on but gained a tremendous respect for any farmer making a living through agriculture.” – Scott Donovan

Donovan has held to old school Hard Cider traditions and replanted European-American Heritage apples that were grown to produce Hard Cider for over 100 years. The entire process, according to Scott, extends to 30 weeks from “Orchard to Glass”, and added that the alcohol content ranges between wine and beer, but gluten-free.

Donovan’s delicious variety of Hard Ciders can be paired with cheeses, roast pork, chicken, as well as Fall vegetables and potatoes, to name a few. My personal favorite was the Heritage Style Dabinett, with a long finish and tasty tannin (a desirable bitter-tasting organic flavor).

In August of this year, Donovan was invited back to the Erie County Fair to organize an Amateur Hard Cider Competition, the winner of which will be produced and offered in both BlackBird Cider Works and Buffalo Cider Hall locations. BlackBird Cider Works is a distributor to Wegmans Food Markets, Inc., and several breweries & wineries.

Finally, this writer is genetically predisposed to the fruit of the vine, and a late bloomer craft brew aficionado. However, a very formidable contender has now blown open the doors of my world of libations in the form of BlackBird Cider Works craft hard ciders. 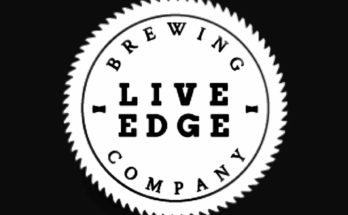