As the Lake water levels receded in the quaint Village of Wilson, New York, a renewed energy emerged in the form of bustling eateries, wineries, breweries, fishing and boating.  In addition to some seasonal establishments, a revitalization of Main Street (Young Street) businesses, like the historic Wilson House Restaurant and Inn, along with the popular Wilson Brew, set the pace for new risk takers to “drop anchor” in and around the main drag. 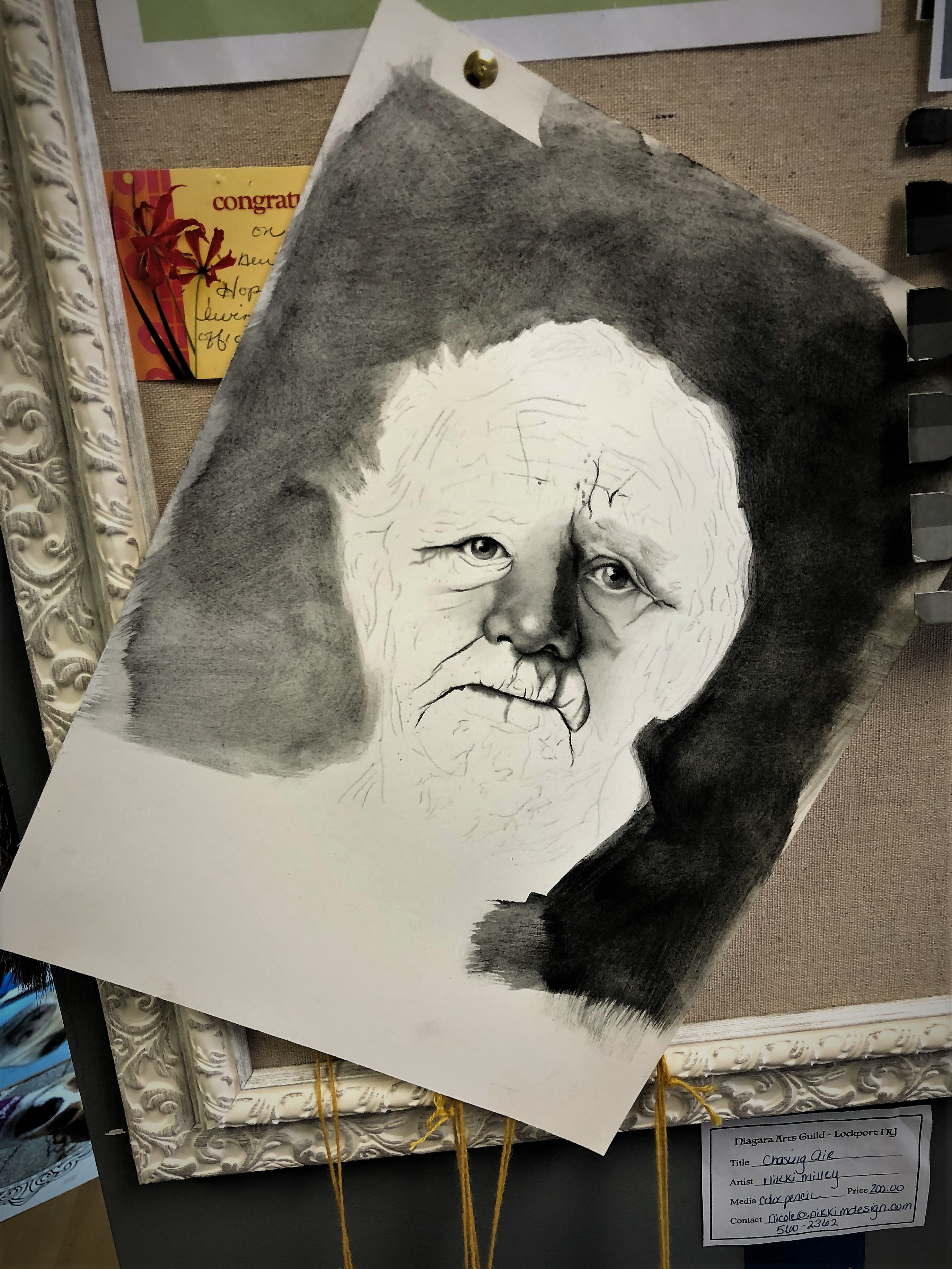 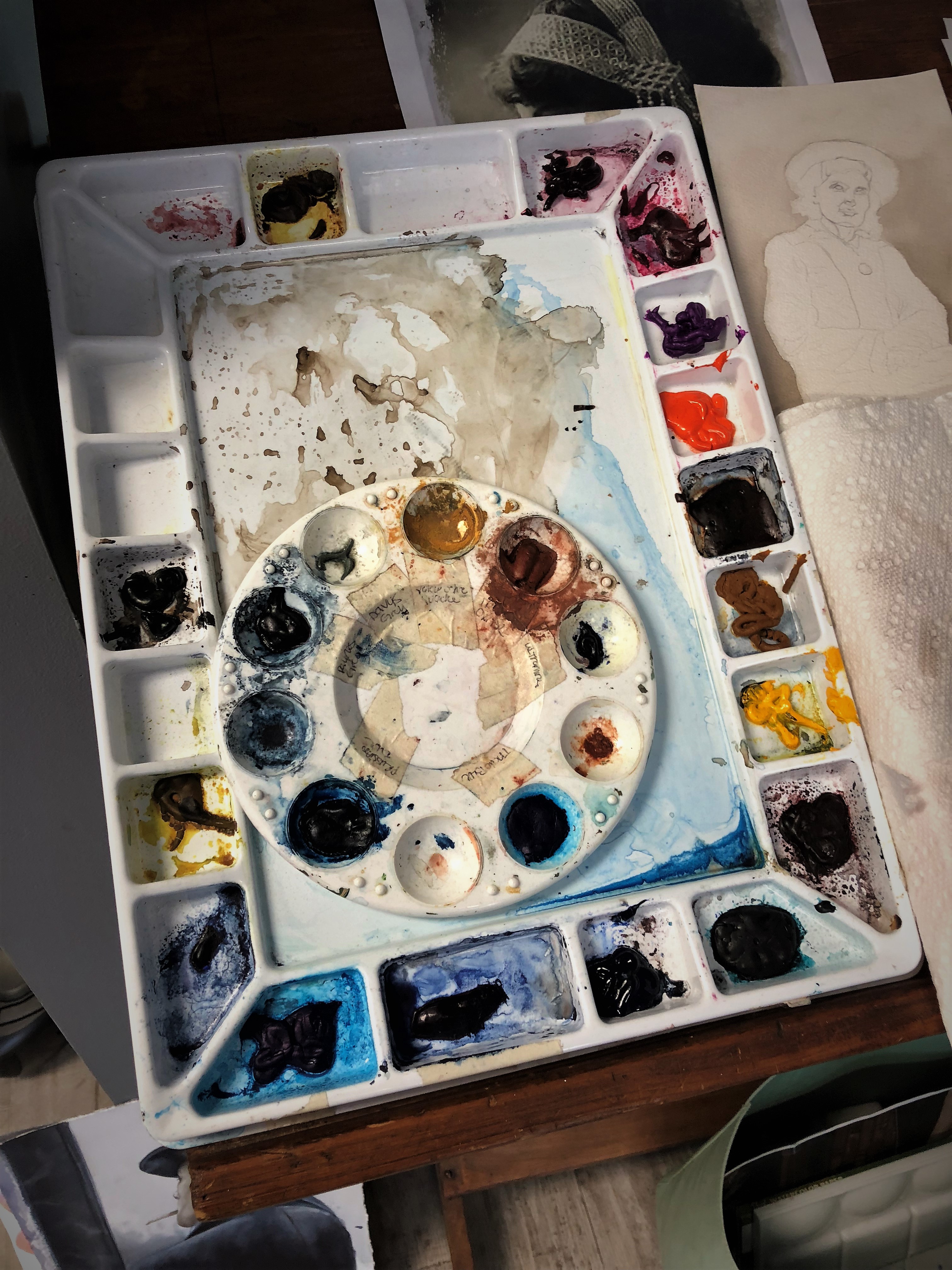 Grand Opening October 2018, and has quickly re-sparked the love of the arts in an eager community.  [The idea of her own art studio] “was like a unicorn dancing right in front of me – but I just couldn’t catch it”   And catch it and catch on – she did.  Nikki has transformed a modest space into an Art Studio & classroom for children as well as adults.  While school classroom art has its purpose,  Nikki offers private lessons to allow individual attention to detail and focus on what her students want.  “I want kids to know that you can be an artist”.  Both adult and children lessons commence with a no obligation informal sit down. 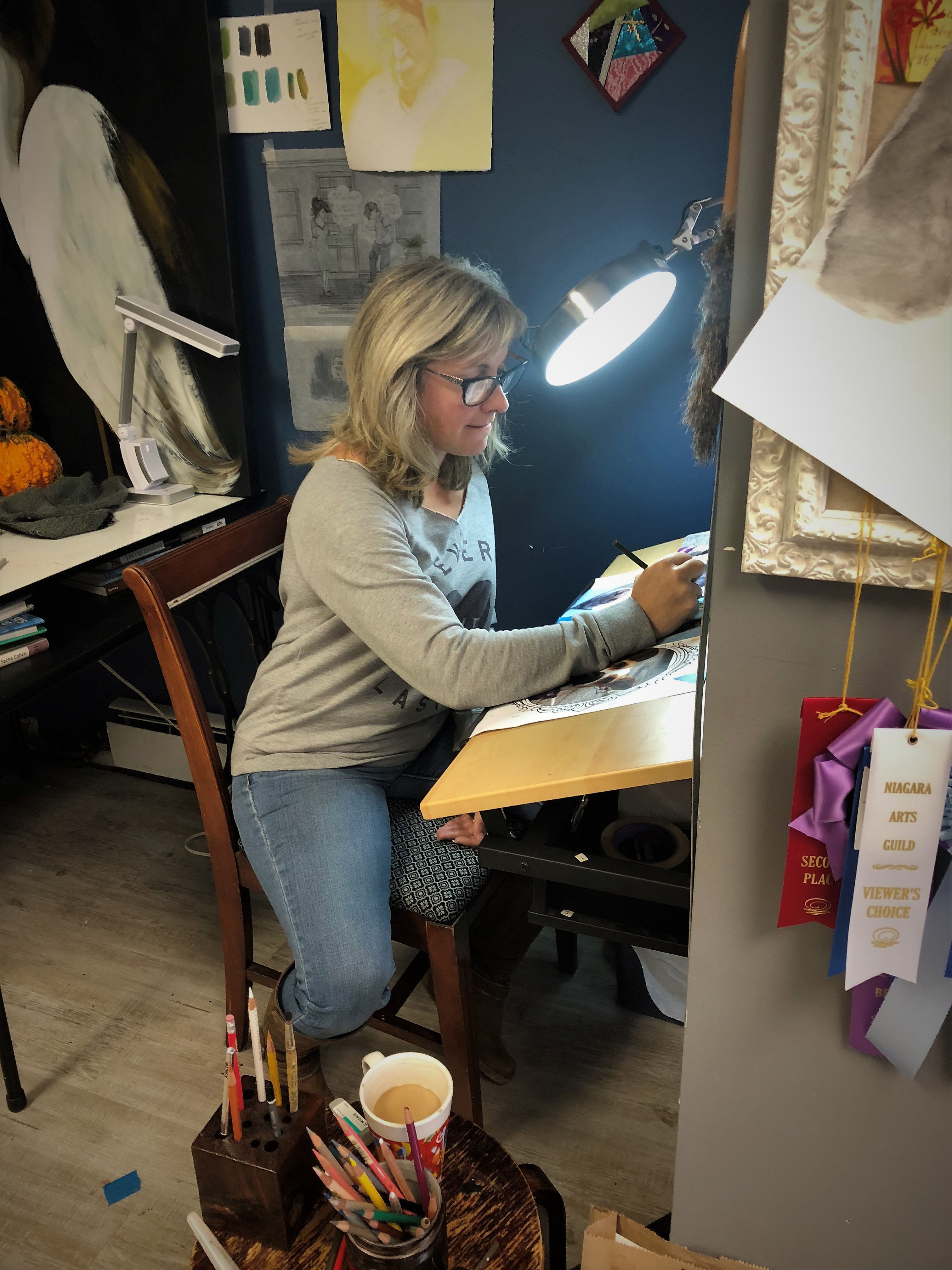 Nikki’s love for the arts was born out as a nine year old who knew that she could draw better than the coloring books in front of her. “Why should I stay in their lines – when I can make my own”. 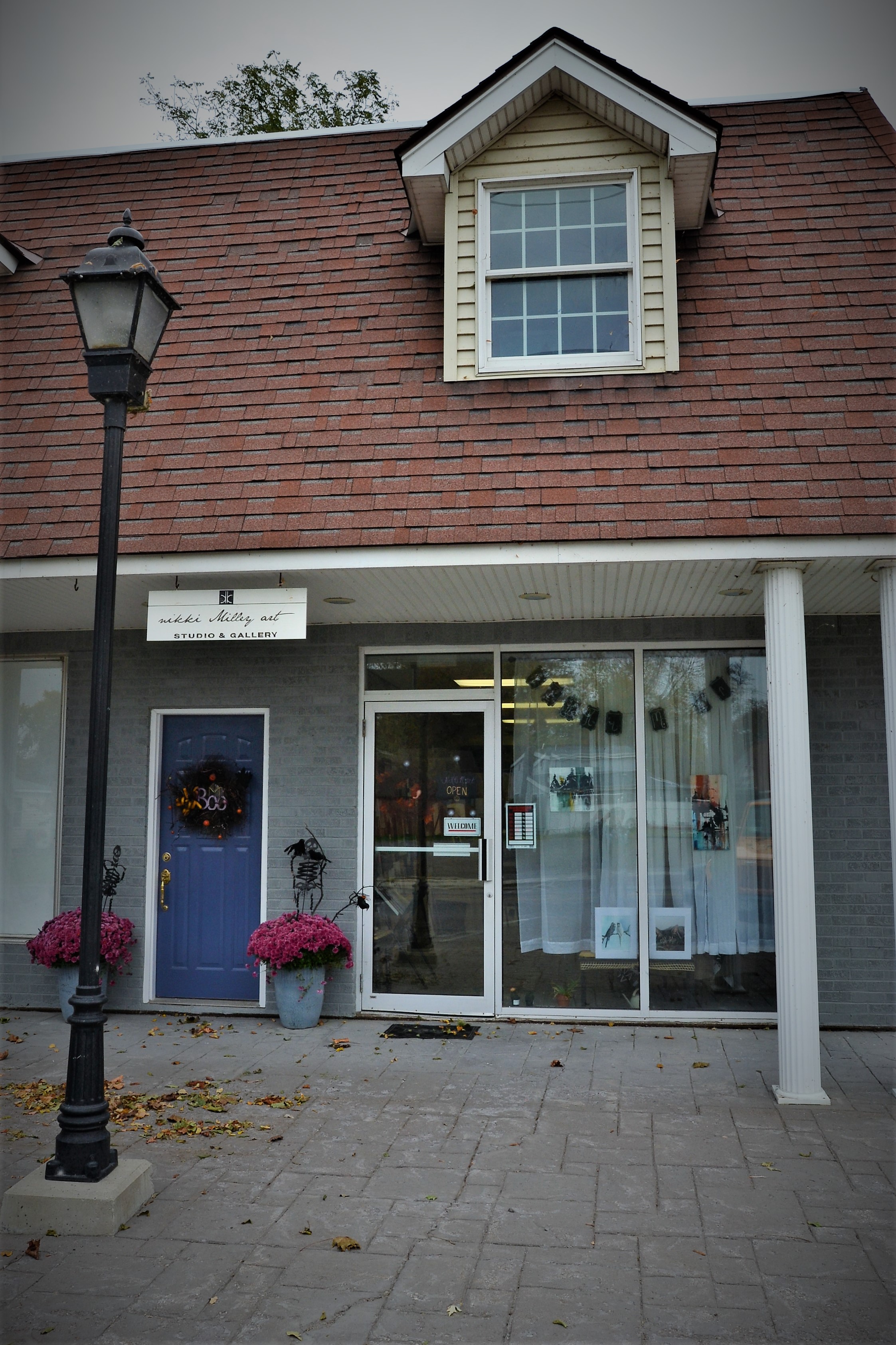 It was during her schooling for Interior Design, that Nikki decided to color outside the lines once again and managed her home studio for two years.  “I knew I could draw –  but would people pay me for it?”   Several commissioned works, shows, and countless awards later, this established artist and mother, opened her doors on Young Street, Wilson-on-the-Lake.  “I really want to bring art to Wilson”. 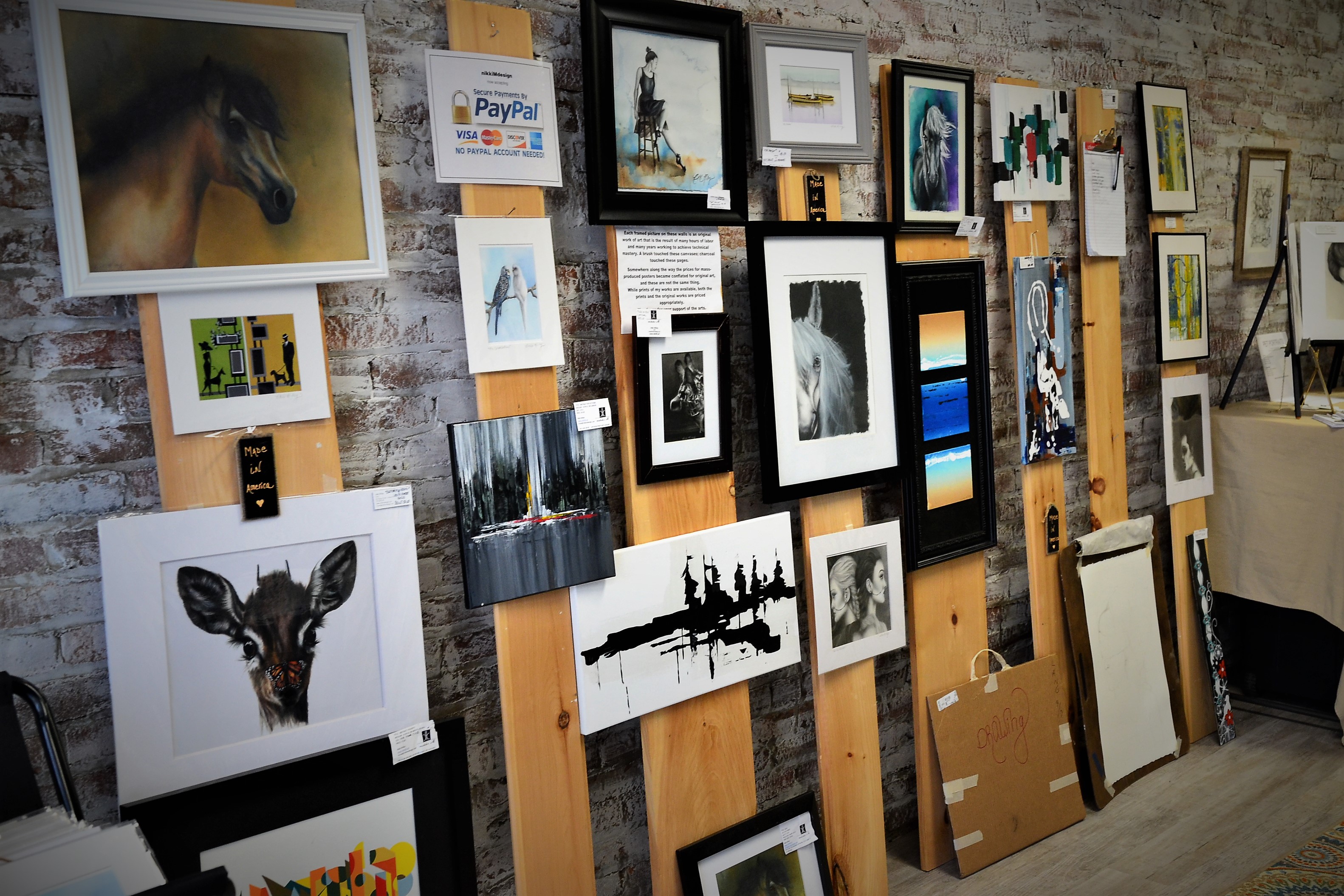 In tandem with Studio & private classes, Nikki is coordinating a Collective Art Multimedia Group.  This eclectic artists group will gather onsite to meet and chat “Art” shortly after the New Year.   She has also expended countless hours applying for Art Award monies to replenish her public classroom supplies as well as a small Art Lending Library.   Finally, Nikki will host her solo show within the next year.